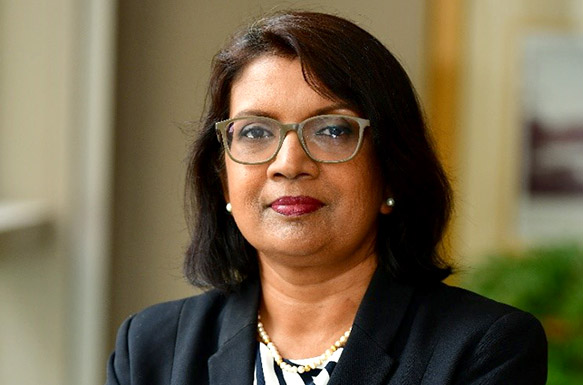 Mrs Hemlata Sadhna Sewraj-Gopal was appointed, with effect from the 1st of March 2020, Second Deputy Governor of the Bank of Mauritius by His Excellency the President of the Republic upon the recommendation of the Prime Minister.

Prior to joining the Bank of Mauritius, Mrs Sewraj-Gopal was Director- Corporate services at the Board of Investment (2001-2003), Financial Controller at the Mauritius Export Development and Investment Authority (1997-2001) and Manager at KPMG Mauritius (1993-1997). Mrs Sewraj-Gopal also worked for three years in London at Arthur Andersen.

A State Scholar, the Second Deputy Governor holds a Bachelor in Economics and Social Studies (Honours) from the University of Manchester. Mrs Sewraj-Gopal is also a Chartered Accountant from the Institute of Chartered accountants of England and Wales (ICAEW).

Currently Mrs Sewraj-Gopal is a Board Director of the Mauritius Investment Corporation Ltd (MIC) and the Financial Reporting Council.