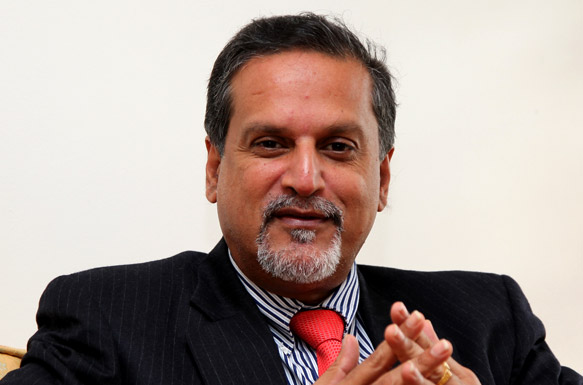 Born in 1960, he holds an MBA in Finance and Investment from the University of Illinois, United States,a D.E.A in Development Economics and a Masters in Macro-Economics from the University of Aix-Marseille, France.  Sunil worked in the Treasury Department of the African Development Bank (ADB) from February 1997 to April 1998, where he managed the Bank’s assets on international fixed-income markets.  He was the General Manager of the National Mutual Fund Limited between December 1992 and February 1997 before becoming the Chief Executive of the Stock Exchange of Mauritius Ltd (the ‘SEM’) in May 1998.

He is the Chairman of Global Finance Mauritius and was elected in October 2014 to serve on the Board of the World Federation of Exchanges (WFE), an association of the World’s leading Stock Exchanges. He was the President of the African Securities Exchanges Association (ASEA) an association of 23 Exchanges operating on the continent, from August 2010 to November 2014. He was a member of the Executive Committee of the South Asian Federation of Exchanges (SAFE), and the Chairman of the SADC Committee of Stock Exchanges (COSSE).